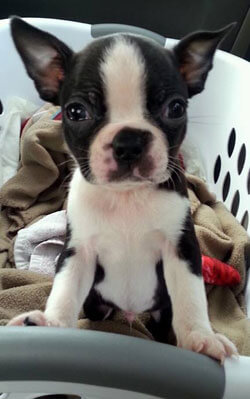 They're lovable, goofy, fun, and did we say lovable?  Boston Terrier owners are loyal to their breed for good reason, once you have one you might not ever want a different breed.  Here are 7 great facts you may not have known about Boston Terriers. This huggable, squeezable, lovable pup over there to the right is one of our #ImAHotDog contestants. Learn about Boston Terriers and shop for Boston Terrier specific gear at right here!


Be sure to check out our  Boston Terrier section here for some awesome gear made just for your pup!

Have a Boston Terrier? Tell us what makes yours so smart, interesting, fun, or lovable! Use the comments below or tweet at us: @HotDogCollars

Love these adorable and awwsome pups in the pics in this article?  They smiled for the camer and said #ImAHotDog for our  hottest dog photo contest