If you’ve ever watched a dog sleep long enough, you’ve surely seen them whining, twitching, maybe even “running” with their legs. Is that proof that dogs dream? And if they do, what exactly do dogs dream about? 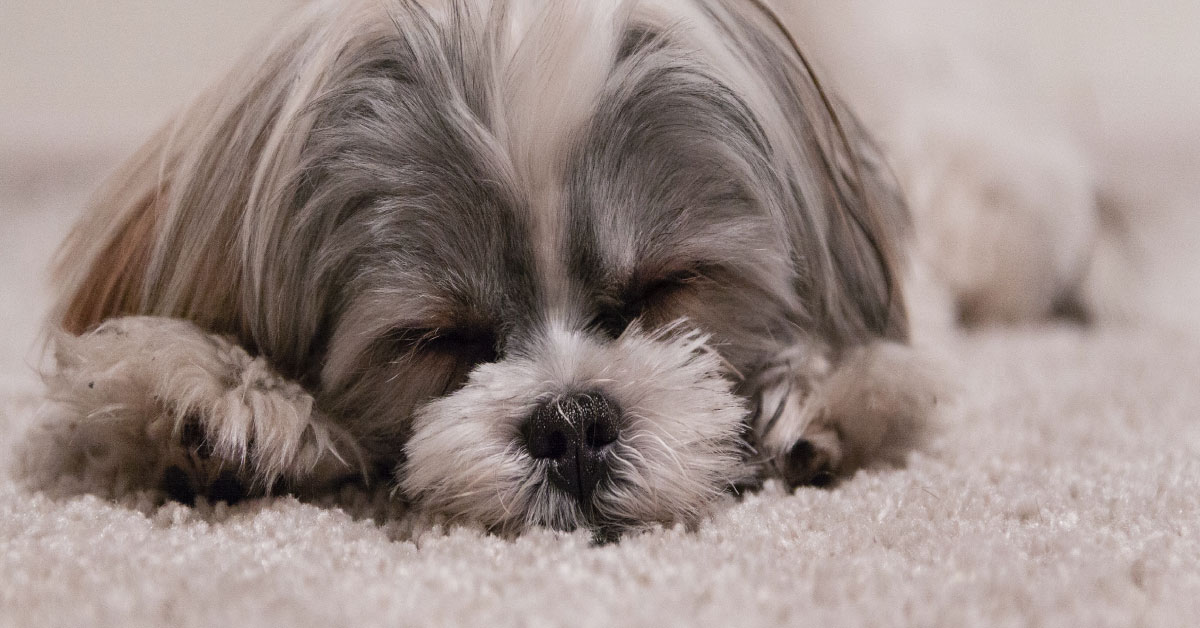 Most researchers agree that dogs do dream. This is based on the similarities of brain waves and behavior between humans and dogs.

Brain wave studies show that just like humans, dogs go through different phases of sleep, including REM (rapid eye movement) sleep. This is the phase where humans have their most vivid and memorable dreams. Behaviorally, dogs show eye movement during REM sleep and their breathing becomes shallow and irregular, just as in humans.

With all this, we can assume that yes, dogs dream.

What do dogs dream about?

There’s no definitive way to know exactly what dogs dream about, since they can’t tell us. But they probably dream about “doggy things,”in the words of professor emeritus of psychology Stanley Coren of the University of British Columbia.

Human dreams are filled with events, people, and sights from recent memory, and canine dreams are likely the same. So we can guess that dogs dream about chasing squirrels, playing with toys, barking at cars, and spending time with you – things they do during waking life.

There’s not a lot of research into dog dreaming, but a famous 1965 study by Michel Jouvet looked into what cats dream about. He and his team disabled the pons, the part of the brain responsible for preventing cats (and dogs and humans, for that matter) from moving during dreams by releasing chemicals that relax the muscles. When it was disabled, the cats acted out their dreams physically, showing behaviors like pouncing, arching their backs, and hissing.

This is good evidence that cats dream about things they experience during their day, and it’s not a big leap to assume the same holds true for dogs.

Do dogs dream in color?

There’s no reason to think dogs don’t dream in color, but since they experience color differently from humans, their dreams probably look very different from ours.

Humans have three types of cones, the photoreceptor cells responsible for color perception – red, blue, and green. Dogs have just two – blue and yellow. Because of this, a dog’s visual world is made of browns, greens, grays, and blues. When dogs dream, it’s likely they dream with the color palette they’re used to seeing in real life.

Nightmares aren’t substantially different from other types of dreams – they are simply dreams charged with negative emotion. We can assume that dogs do have nightmares sometimes, and they may even cry or whine during it.

What do dogs dream about when they cry? Maybe they’re dreaming of the dreaded vacuum cleaner, or a loud thunder storm, or visiting the vet – anything that’s normally stressful to them.

Some experts warn not to wake dogs up during what looks like a nightmare, since they could snap out of fear or stress before realizing where they are. Remember, let sleeping dogs lie!