Just because you live in an apartment doesn't mean you must forego canine companionship. More and more apartments are allowing their tenants to keep pets, and dedicated dog parks are now found in almost every city in the country, making it easier than ever to get your cooped-up dog some exercise.

But the key to success lies in breed selection. While some dogs adapt very well to apartment life, others require more exercise than the average apartment dweller is willing to provide.

Great breeds for apartments are typically somewhat small, have relatively low energy levels, require only modest amounts of exercise and do not feel the need to bark at all hours of the day and night. However, it is rare to find a breed that exhibits all of these traits, so you will have to weigh the pros and cons of each breed to determine which one will best fit into your life.

The lists below will help you narrow down your search for the perfect dog for your domestic situation.

The Best of the Best

Pugs - Pugs are small dogs, with rather modest exercise requirements and a quiet nature (pugs rarely bark, and when they do, it isn't as shrill as most other small dogs). Accordingly, they are well-suited for apartment living, aside from their tendency to shed heavily. 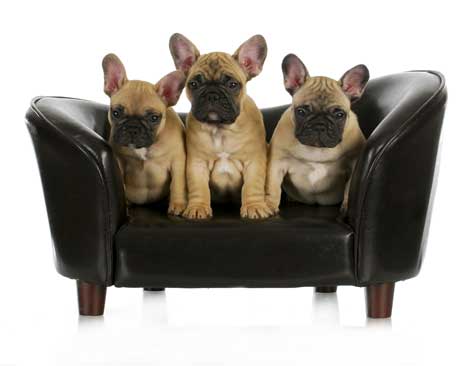 French Bulldogs - Everything about the French bulldog is easy going: Their coats require very little care, they need very little exercise and they are usually content to just hang out with their favorite person. Just be sure to socialize French bulldogs thoroughly while they are young to help prevent behavioral problems - they can become quite territorial, which can lead to fights with other animals.

English Bulldogs - English bulldogs (which are often simply called "bulldogs") are a good bit beefier than their French counterparts, but they are still relatively small dogs, who can be quite comfortable living in an apartment. Their exercise needs are pretty low, and they love nothing more than lounging around the house with their people.

Great Danes - Despite their gigantic size (some Great Danes tip the scales at nearly 200 pounds), Great Danes are actually great dogs for apartment dwellers. Great Danes are typically gentle animals, despite their massive proportions, so they aren't as destructive to small living spaces as some smaller, but less deliberate breeds are. 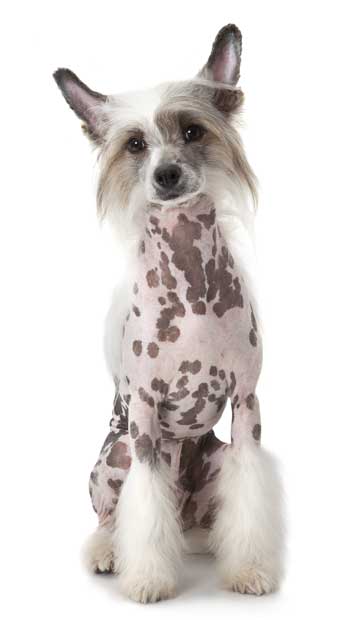 Chinese Cresteds - Chinese crested are some of the world's most dedicated lap dogs, and they'll rarely want to leave their owner's side - they were original bred to be companions for bed-ridden people. There are two forms available, a hairless version, which sheds very little, and the fluffy, "powder puff" form that has more body fur. Because they require only minimal exercise and are rather small, they make perfect apartment dogs.

Shih Tzu - Unlike many other breeds, which were originally created to perform some type of work, Shih Tzus were bred solely for the expressed purpose of companionship. They are not only beautiful dogs, but their sweet personalities and loving nature make them favorites of people who need a dog for a small space.

The Worst of the Worst

Australian Cattle Dogs - Few dogs bred to herd cattle adapt well to life in confined quarters, and Australian cattle dogs are no exception. These dogs require more space and exercise than most other breeds of similar size, so look for another breed to join your apartment-living family.

Border Collies - The intelligence, energy and exuberance that make border collies so well suited for agility training make them poorly suited for apartment life. When bored, frustrated or under-exercised, border collies may become problematic chewers or develop other behavioral problems. 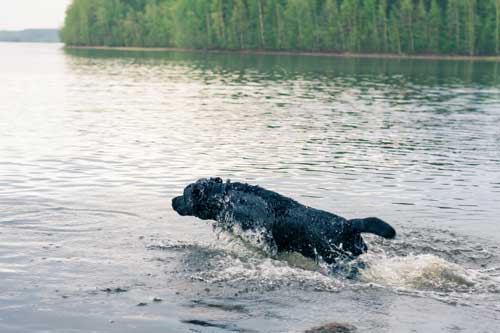 Labrador Retrievers - Labradors may love hanging out on the couch with their family, but they only want to do so after a long day spent fetching toys. They are rarely happy unless provided plenty of room to run and play, so those living in apartments should avoid them and select a smaller, less energetic breed. Additionally, some labs grow large enough to make your apartment feel cramped.

Bloodhounds - Despite having a gentle and relaxed demeanor, bloodhounds are high-energy dogs that require copious amounts of exercise. Additionally, because they tend to sling drool every time they move their heads, they can be a little messy for close-quarters companionship.

Belgian Malinois - The intelligence, drive and intensity of Belgian Malinois help make them the preferred breed for police and military K9 handlers, but these same traits make them unsuitable for apartment life. Belgian Malinois need lots of stimulation to stave off boredom, and a great deal of exercise to ensure they don't develop destructive behaviors.

Beagles - Originally bred to hunt rabbits, modern beagles display the same energy and vigor of their ancestors, and they aren't easily contained inside an apartment - they'd rather be outside running around. Additionally, beagles can be vocal dogs, which can turn into a nuisance for your neighbors.

Whippets - Whippets are sighthounds, who've been bred to be spectacular sprinters. The require copious amounts of exercise and they do not tolerate being away from their family for long periods of time, so they are among the worst dogs for those living in an apartment.

Understand that these are not unflinching rules - they are generalizations. Owners willing to go running every day may be able to keep an apartment-bound border collie content, while others may find that even tiny breeds make their apartment feel too cramped for comfort. But these lists provide a good starting point and can help improve your chances of adding the right dog to your domicile.