The bond shared between human and dog is an ancient one. In an interview with CBC Radio Active, anthropologist Rob Losey explained that “[Humans] share the same kind of basic biological response to each other. It’s not only a one directional kind of thing. I think that’s what makes the relationship we have with our dogs so special. That capacity arose in dogs and people a long time ago. It’s not something that arose in the last few centuries. It’s very, very ancient.”

Dogs have been our four-legged companions for thousands of years. Time and time again they have proven their love, loyalty and devotion to us. It was Roger Caras who said “Dogs are not our whole life, but they make our lives whole.” When it comes to dogs, have such words ever rang more true? We can spoil our dogs with good food, fun toys and matching dog jerseys , but it’ll never be enough to repay them for the million kindnesses they bestow unto us each and every day. Here are three stories that shine a bright spotlight on the constant companion that is a dog. 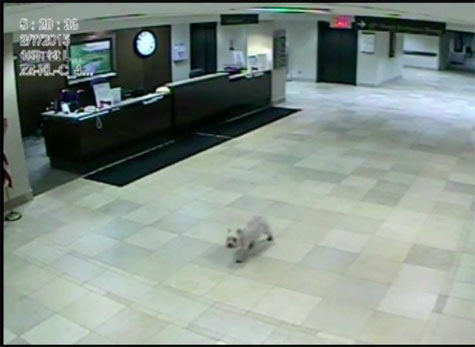 We’ve heard stories about dogs striking out on their own to find an owner they haven’t seen in an hour, a day, week, a month or even years. After missing her owner Nancy Franck for some days, 10-year-old Sissy traveled between 15-20 blocks to the Mercy Medical Center, where her owner was recuperating after a cancer-related surgery.

The pup wandered the halls looking for her owner and was spotted by an hospital security officer whom upon reading the name tag realized the pooch had made a long journey for being such a small little thing. Calling Nancy’s husband Dale to inform him their dog was at the hospital, Nancy and Dale’s daughter drove to the hospital to retrieve their beloved furry family member, but not before stopping by Nancy’s room so that Sissy could say hello to her human mama.

Though Sissy had never before been to the hospital, she had been to her owner’s workplace, just next door. Nancy said Sissy’s visit “helped a lot, just to see her and talk to her.” Our dogs just seem to know when we need them most, don’t they? 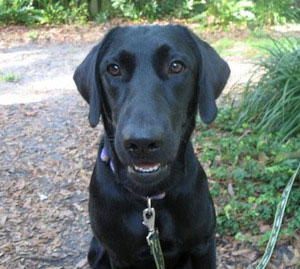 Mark Wessells, the proud owner of a black lab named Bucky, said in an interview with WPDE Carolina Live that his companion “[is] just really smart. [Bucky] knows, I can have a conversation with him and he’ll talk back.”

In January 2012, Mark learned that his new home in Myrtle Beach, South Carolina did not allow dogs. With a heavy heart, Mark left Bucky in the care of his father in Winchester, Virginia. Bucky wouldn’t hear of it. After Mark had moved, Bucky began a long, 500-mile trek to find Mark. When Mark learned his dog had gone missing, he thought he was never going to see him again.

In August 2012, another young man living in Myrtle Beach spotted a charismatic black lab running around his neighborhood. Taking the pup to the vet to determine its health, it was discovered the dog had a microchip: it was Bucky! Mark was called by the animal vet and was soon reunited with his best friend. Mark said of the experience, “It’s just crazy he made it down here on his own. You know it’s like Homeward Bound is what I’m thinking.” Clearly, the bond between human and dog knows no bounds. 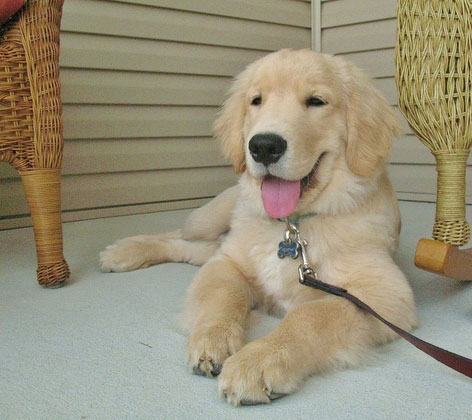 On a family camping trip in 2012, the Braun family woke up to find that their golden Murphy was missing. After an extensive search of the area, with fliers plastered around Tahoe and a Facebook page dedicated to finding leads on the missing dog, it wasn’t until two years later that another camper claimed to have spotted Murphy not five miles from the spot the Braun family had camped.

Returning to the campsite, the Brauns’ set up camp, bringing clothes and blankets from home that had their scent in the hopes that Murphy would sniff them out and be reunited with her family. It would be another week until Murphy returned to the campsite, and when she was found, she was fast asleep atop the blankets and clothing her family had set out for her. Now back with her family, Murphy is safe, secure and happy.

Dogs never give up. No matter the trials or tribulations they endure, they hold steady and push on. Celebrate your pup’s noble spirit and treat them to warm dog jersey from Hot Dog Collars .