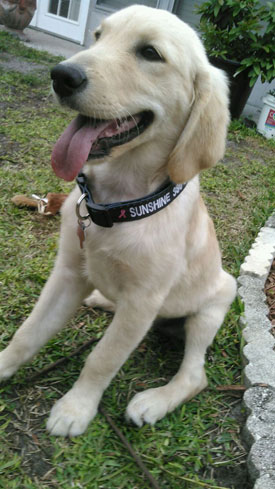 Let’s be honest: for a lot of us, our dogs are our children. We shower them with love and in return, they remain ever our little puppies, even if they’re 13 years old. Sadly, not everyone understands how amazing dogs are. Some have had a traumatic experience with a dog in their childhood. Others were never allowed to have pets. And cat people, well, they’re a little ah, what’s the word— unique, aren’t they?

As a dog owner you understand how much happiness and joy a K-9 companion can bring, and you want to share it with the world. If you’re interested in socializing your dog with the neighborhood or at the dog park, embroidered dog collars can help you teach people how to approach dogs and learn how to interact with them.

Some people get nervous around dogs, and that’s okay. You shouldn’t fault them for being unfamiliar with how to interact with your pet. If your dog barks to get belly rubs and scratches from passersby, they could see that as a form of aggression or as signs to keep away. And while a tail wag can mean the pup is friendly and approachable, for the anxiety-ridden dog, it could be a sign of distress . If someone is unsure about how to respond to your dog, they’re going to avoid the pooch at all costs.

It’s disheartening when you see someone go out of their way to avoid walking by you and your dog out on a walk. You want people to know your furry friend is just a little love bug, but how can you without encroaching on that person’s own personal social bubble? 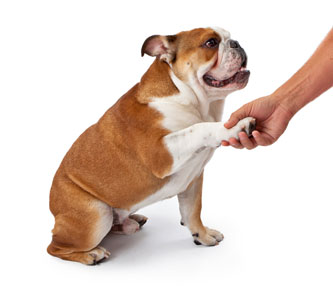 You can help ease your neighbors’ or fellow walkers’ nerves with a distinguishable embroidered collar that reads: Friendly, Social or Pet Me! If your dog doesn’t much care for stranger attention, the collar can just as easily read: Don’t Pet. By outfitting your dog with a collar that welcomes a friendly head scratch or pawshakein large block letters, you are letting people know that your pet is kind, trustworthy and good with people, helping to alleviate the fears for those who have not had the best kind of doggie-to-human interactions before.

Getting the Information Straight

By showing people that our dogs are not the aggressive blood-thirsty predators portrayed on TV or in the media, we are helping to destroy an unfair stigma set up by the misinformed. Did you know that the Dachshund character traits were negatively compared to those of the Germans during World War I and were used again during World War II for anti-German propaganda? That’s right—Dachshunds were not a well-received dog in the U.S. post WWI and II. In fact, the original Toto in the classic film, The Wizard of Oz, was a Dachshund, but he was fired because of anti-German rhetoric.

But now, Dachshunds are in the top 20 most popularly owned dog breeds in the U.S. Why? Because we have learned not to judge a dog based on misinformation and fear.

An embroidered dog collar will help others to see that your dog means no harm, and only wants to play! Order your pooch’s collar with Hot Dog Collars today!