It's not just humans who can become anxious, worried, and stressed out. Animals, including dogs, can get stressed as well. If you are a dog owner, it's important to know how to tell if your pet is suffering from stress. Here are the seven big warning signs to look out for. 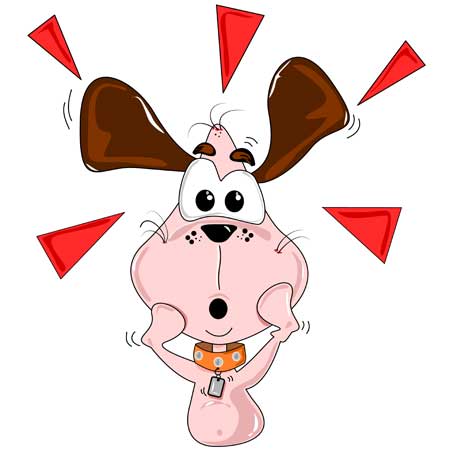 1. Pinned-back ears. When a dog is happy, his ears will appear relaxed. If a dog's ear are pulled back and held low, he may be anxious and disturbed.


2. Excessive or unnecessary panting. Obviously, dogs spend a lot of time panting -- it's how they stay cool. However, panting can also be a sign of trouble. A dog that pants constantly, or in circumstances where he obviously doesn't need to cool off, might be under stress. Look out for shallow breathing as well.


3. Accidents. A house-trained dog who suddenly starts having accidents all over your home is probably dealing with anxiety and worry. The one major exception would be if the behavior were a symptom of illness or food poisoning.


4. Changes in eating habits. Anxious dogs are less likely to eat normally. A stressed canine may eat less, become pickier about what he eats, or be unusually thirsty. Digestive problems (such as vomiting) can also be triggered by stress.


5. Antisocial behaviors. For the most part, dogs are friendly creatures who enjoy being around humans and their fellow canines. That's why a dog who starts acting differently might be having problems. The primary warning signs are isolation, hiding, lack of eye contact, or any other avoidant behavior. Any form aggression (such as growling) directed at either humans or other dogs is a sign of trouble as well.


6. Excessive barking. Ordinarily, barking is normal canine behavior -- especially when there is an obvious external trigger, such as a wild animal. However, if a dog barks almost constantly, or for no apparent reason, the real cause might be stress. Similar rules apply to behaviors like whining or growling. 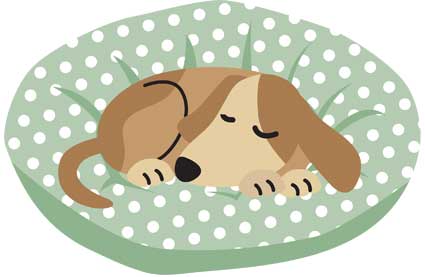 7. An increase in sleeping. Dogs suffering from stress are likely to spend more time sleeping, as a means of coping with their mental distress. Similarly, lethargy or a lack of normal energy can also be triggered by anxiety and stress.


Don't worry too much if your dog displays just one or two of the indicators described above. There can be variances in a dog's regular activity, so some unusual behavior isn't a big deal. The time for concern is when your dog displays a larger number of warning signs, and/or his worrying behavior continues for an extended period of time. It's also important to keep your pet's individual personality in mind, since what qualifies as normal can vary drastically from dog to dog.


Watching for signs of stress in your dog will allow you to nip the problem in the bud before it becomes serious. As a pet owner, it's your duty to care for your canine friend, and make sure he is reasonably happy. Anxious dogs are more likely to act out in destructive, negative ways; they may ruin furniture or display such aggressive behavior as barking or even biting. Clearly, a dog's anxiety is bad for everyone, so make sure you learn to spot the biggest potential warning signs of stress in dogs.