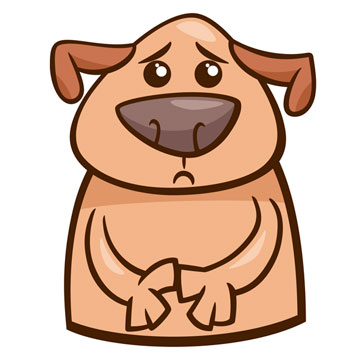 Most dog owners want their furry pal to be obedient. Unfortunately, they make training mistakes that undermine their aim. They unintentionally teach their dog unwanted behaviors. Once Fido learns something, anything, re-educating him is difficult. The best way to avoid giving your dog the wrong lessons is to identify common training mistakes so you don't make them.

Chastising Fido when he comes back

Yes, your dog disobeyed your first command and took his time coming to you. He might have ignored your attempt at recall on purpose. Alternatively, he may have focused so intently on what he was doing that he didn't hear your command. Either way, if you chastise him when he eventually does come to you, all he learns is not to come again. Would you dash to be with someone who yells at you? Probably not. You would return reluctantly in your own good time, if at all. Your dog feels the same under such circumstances. Never chastise your dog for obeying your commands, even if he is slow. Praise him when he comes to you; just make the praise, or treat, superior when he responds quickly.

Do you sometimes allow your dog on the furniture, but not at other times? If so, your commands are inconsistent. If he knows your response varies, he is likely to do what he wants and hope for the best. The likelihood of him staying off the furniture if you are inconsistent, or displaying any other behavior you prefer, is low. Once you make a rule for your dog, don't falter and he will know how you want him to behave.

Owners often reward their dogs for bad behavior; they feed them from their plates at the dinner table, and make a fuss of them when they jump up. Later, when their dogs display the same behavior, they chastise them. In such cases training is not only inconsistent, it also involves inappropriate rewards. Your dog loves being cooed over and fed. If he carries out a behavior that sometimes brings rewards, he will repeat the procedure. Don't reward your dog with food, toys, or praise unless you want to teach him to repeat a behavior. 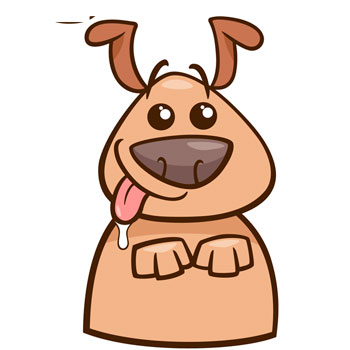 Providing your dog with treats when he behaves well will encourage him to repeat the behavior. However, if you give him treats long after he has learned to follow a command, he will always expect a treat for behaving well. Your dog will stubbornly refuse to follow commands if you don't give him treats. Unless you want to provide him with treats forever, and risk them losing their appeal, introduce praise as reward and only give food or toys as treats when your dog displays extremely good behavior.

There are at least two good reasons you shouldn't get angry with your dog. He can't think clearly, and so can't easily learn, when he is afraid. Also, you want a healthy bond with your dog don't you? You want him to love and respect you, but he won't if you yell or are aggressive toward him. He might be defensive or do your bidding because he is afraid. He won't like you, and you won't like him under such negative conditions. 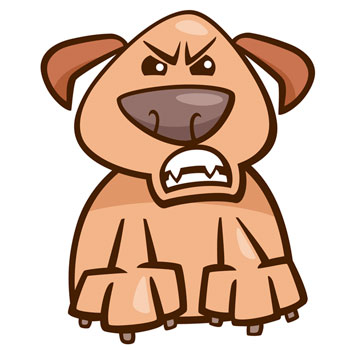 Keep your cool, even if your dog is slow to learn, and you can have a healthy relationship.

Commands spoken confidently have greater impact than those delivered weakly. Put power behind your words when telling your dog what you want from him. Speak up as though you mean what you say. If your voice dithers or is soft when you speak, your dog won't take your commands seriously. Speak from way down in your belly, rather than high up in your chest, and your voice will be deeper and more authoritative.

The good news is that your dog sees making you happy, and being praised, as a worthwhile occupation. Let him know what the rules are and stick to them. Only reward him for good behavior, but not always with treats; remember praise is powerful. Never lose your cool, and most importantly, have fun with your dog. The better your relationship, the easier he will be to command because he will focus on you and want to please you.

Have you trained your dog? Have any tips that other dog owners should know? Share with our fans using the comments below or tweeting at us: @HotDogCollars

="font-family: helvetica; font-size: 17px; line-height: 20px;"> Check out our supply of specialty items designed to help your dog during and after training