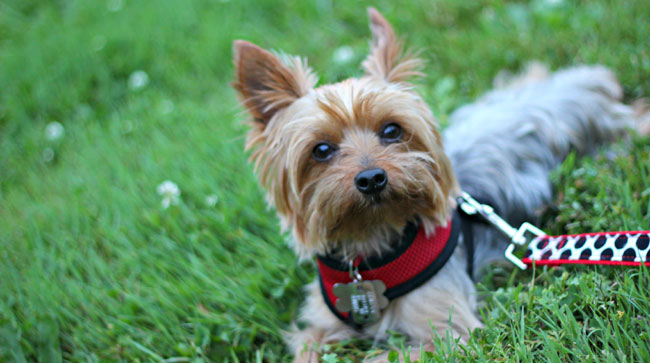 5 cute things you may not know about Yorkies!

They're cute, they're fun, and they've often got that big dog, i'm in charge tpye of attitude. And that's why we love them so much. Check out these 5 facts about Yorkies, and be sure to head over to our Yorkie Section on the site for some awwsome Yorkie inspired gear


Have a Yorkie? Tell us what makes yours so smart, interesting, fun, or lovable! Use the comments below or tweet at us: @HotDogCollars