Siberian Huskies are among the 20 most popular dog breeds as listed by the American Kennel Club. They are well-loved but often misunderstood dogs. Here are four common misconceptions along with the truth about the breed. 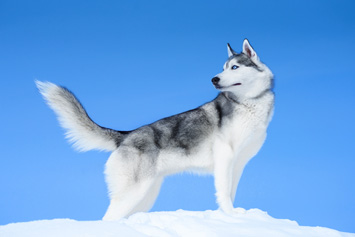 Siberian huskies are sometimes mistaken for wolves because they have a slightly wolf-like appearance and because they have played wolves on film and television. However, Siberian Huskies, like all other dog breeds, are distinct from wolves. Though dogs and wolves share a common ancestry, dogs became separate from wolves at least 10,000 years ago. Some scientists place this event at more than 30,000 years ago. Today all dog breeds, from chihuahua to Great Dane to Siberian husky, have 99% of their DNA in common with each other but not nearly so much in common with wolves.

Myth #2: You can't keep a Siberian husky in warm climates.

While it's true that Siberian huskies were bred as sled dogs and are comfortable in cold environments, that doesn't mean you can't have a Siberian if you live where the weather gets hot. Happy Sibes can be found in Texas, Florida, South America, and Australia. The Siberian's dense undercoat protects him from extreme temperatures, both hot and cold. 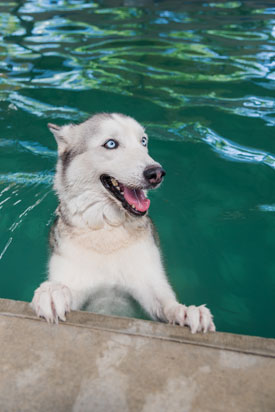 In warm places, Siberians certainly appreciate a climate-controlled house, and they should not be kept outdoors all the time. Also, because they need their coats to help regulate their temperatures, Siberians should never be shaved.

The Siberian's slightly wolfish appearance may scare some people away, but he's not a watchdog. In fact, Sibes are known for being friendly with everyone. Most Sibes are welcoming to strangers and quite affectionate with people they've barely met. If a Sibe barks at someone or rushes toward that person, it's usually because they want to be petted and to play. They do not have the protective, guard-dog instincts that many other breeds possess. There's an often-told joke among Siberian husky owners: If a burglar breaks into your house, the joke goes, your Sibe will lick him in the face, demand to be petted, and then show him where to find all your valuables.

Hollywood is probably to blame for this misconception. It figures prominently in the movie Snow Dogs in which the character played by Cuba Gooding Jr. is told to bite a dog's ear to make the dog obey him. This is comical in the film, but it is not a good way to deal with a Siberian. Sibes are affectionate, trusting dogs that respond best to firm but gentle commands and plenty of positive reinforcement. They are also intelligent and spirited dogs who may not obey a command immediately or may not obey every time, but dominance is not the issue. Rather patience and praise for good work are the keys to training a Siberian. 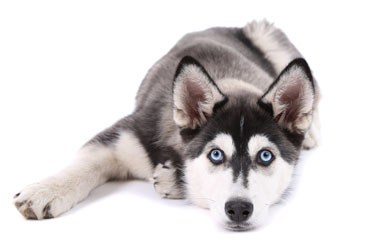 Don't let Hollywood depictions and popular misconceptions convince you the Siberian husky is a wolf, a watchdog, or anything else he is not. These wonderful dogs are actually quite different from how they're portrayed.