Dogs get a bad rap in the news media. If someone has been bitten by a dog, demands to have the dog euthanized spring up on the message boards. If the dog happens to be particular breed, such as a Pit Bull or German Shepherd, you can bet that the public will demand to “see justice.”

Just like people, dogs aren’t born bad. There are extenuating circumstances that can change a human’s (or dog’s) behavior. Where does it all start? With the puppy parent.

If your pup is exhibiting aggressive behavior, bust out the dog biscuit treats, it’s time to initiate behavioral training.

Assert your role as the alpha through resource controls.

Veterinarian Sophia Yin tells dog owners that a dog who is assertive and bossy learned early on that he could get away with such behavior because his owners did not correct his actions. Because the dog was not reprimanded for bad behavior, he believes that there is nothing he can do wrong; much like your sister’s spoiled four-year-old, right? 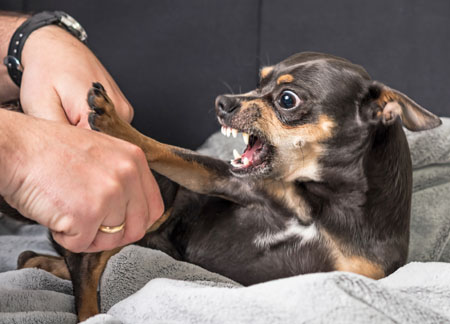 Without rules, Dr. Yin writes that “some dogs with a more aggressive personality, [a] life without leadership or predictable and consistent rules creates a furry monster who aggressively claims ownership to any resource—food, toys, sleeping places, access to attention—that he wants.” To begin training, you will need to take away the things that he has been allowed to hoard or has become territorial over, including treats and toys. Dr. Yin advises attaching your pup to you by a leash in and outdoors. This will keep his attention focused on you and he will understand that he is only rewarded for just that: paying attention to you. By keeping your pup attached to you via waist leash, you will be able to properly reward him for preferred behaviors. You can do this by rubbing his head, offering him a toy or giving him a treat.

Assert where the dog can seat, play and sleep.

Your pup should not be able to choose where he takes his afternoon naps are at what time he’s fed. If he’s fed at exactly 3 o’ clock, that is the time he is to be fed, no exceptions. Dogs do best when they have a routine. If there is not routine and anything goes, their behavior will slide from good, to bad, to poor. Dog training expert Ed Frawley says that your pup should never be allowed to sleep in the bedroom; the bedroom space is reserved for you as the pack leader. The pup should understand that the toys are not his, but rather yours, you have opted to share. This means that if you grab a toy, they will not become territorial of it, they will be perfectly fine with your playing with it or taking it away. 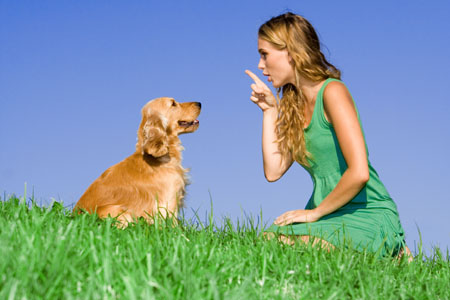 Dog training doesn’t stop after your dog learns to sit on command. You must continue to work with your dog every day to help them maintain their good behavior. If things become lax, your pup will take advantage, don’t give them that chance! Help you pup to be the best dog he can be—never stop training!

To help your pup be the best they can be, get the training accessories and treats you’ll need at Hot Dog Collars.