Have you ever wondered about the very first domesticated dog or the evolution and history of the first dog collar? Just as dogs have evolved into more than 189 AKC recognized domesticated dog breeds found all over the world,

the evolution of the man-made dog collar has a deep and entertaining history.

DNA Research has recorded that the first domesticated dogs were kept in Europe by a group of hunters more than 32,000 years ago. These "first dogs" were actually evolved from wolves, according to the DNA findings and ancient dog fossils found. Some believe that wild dogs and/or wolves first began following nomadic tribes for the scraps and food that they would throw to them. In return, the wild dogs provided the tribes with a type of alarm system as the dogs would alert them to the danger of wild animals or enemy tribes.

The theory as to exactly when these wolves made the transition to modern day dogs is somewhat elusive. But Finland native Olaf Thalmann has constructed a family tree of sorts, a chart that mapped the relationship between dogs and wolves. This chart was created after analyzing the mitochondrial DNA of eighteen fossil canids, as well as DNA sequence studies from 77 modern dog breeds and 49 modern wolves. 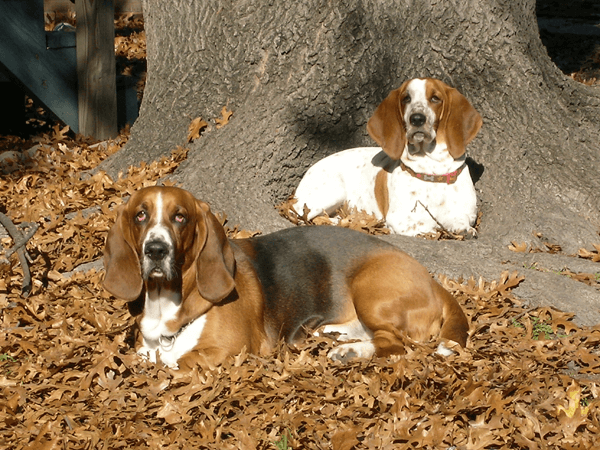 Olaf Thalmann's family tree painted a surprisingly clear picture, pinpointing Europe was in fact the core location of dog domestication by identifying four grades of modern dogs. These modern dogs were closely related to those discovered in ancient European, instead of China or the Middle East as was once believed.

Origin of the Dog Collar

The first domesticated dogs are believed to have developed a bond with humans in one of two ways. How that bond formed and how these dogs helped early Europeans is up for debate.  The first theory posits that the European hunter-gatherers used dogs to protect from attack while also overcoming large prey.  The second theory is that dogs began following humans to feed on the remains of the animals the European hunters brought down.  Just as we form bonds with wild animals today if given enough time and contact, so too did our ancestors.

Whatever the cause, the impact is clear.  The dog became more and more valued for his service and help to humans.  As a result, the more he was domesticated until humans began claiming these dogs as personal pets. There are three major reasons for this including the forming of special bonds, early training and the most likely, the supply of food earned by following a particular human.

In return, the first dog owners enjoyed the assistance as dogs evolved to become a great help with daily burdens such as retrieving wild game, carrying messages, pulling sleds, tracking down fugitives and guarding their owners. It is for these uses that domesticated dogs became an interesting commodity for the high borne, and more particularly, those of royalty.

It is believed that Kings, Queens and Pharaohs were first to initiate the use of dog collars, which became more and more ornate as time passed and the status of dogs and dog ownership grew. The ancient Egyptians adapted special laws to protect their dogs from ill treatment while China gave one particular breed of dogs, the Pekingese, a special status as the official dog of the Imperial Palace.

While dog collars today are typically used for identification and fashion, they have also been used for the purposes of training, restraint and as a status symbol. In Egypt, domesticated dog bones have been found that date back to 5000 B.C.   Domesticated dogs were first represented on the Moscow Cup, which dates back to the Badarian Age 4500-4000 B.C. Two palettes in particular date back to the predynastic era of Naqada II approximately 3500-3000 B.C., the Ashmolean Palette and the Hunting Palette, both of which depict dogs wearing collars that were in style with the art of the time. In Ancient Egypt, in addition to being household pets, dogs were known to serve a role in military actions, guarding and police actions.

From Ancient Rome to the Middle Ages, the development of dog collars continued to evolve. By the Middle Ages, dog collars had taken on the role of identifying a dog’s position and job. Highborn women kept dogs as ornaments, instead of companions, and they were often decorated with collars made of precious metals and jewels. However, unlike highborn dogs, hunting dogs wore only simple collars made of leather as a means of identification. In the sport of wolf hunting, dogs wore spiked collars that had sharp outward-facing prongs. Wolf hunting required a dog to act as the bait, while these spiked collars were intended to protect the dog’s neck, most dogs were not expected to survive.

It was during the Renaissance that the middle class began to emerge and keep dogs as pets.  Among the middle classes, most dog collars were made from affordable leather. However, it was during this time that padlock collars began to emerge as a way of authenticating a dog’s ownership. Hinged metal collars with padlocks were seen as a failsafe way for owners to prove ownership, considering that they were the only ones who had the key. That is, of course, as long as the key was not lost or stolen.

By the 1700s and the start of the Industrial Revolution, dog collars would often have the dog owner’s name in addition to witty sayings. At the time, the most common materials used for making dog collars were leather, silver, brass and gold. However, in today’s society, dog collars are highly dependent on the owner’s viewpoint and attitude. Today’s dog collars can be anything from utilitarian to designer, made from any number of materials and adorned with any type of bauble as seen fit by the owner.

Over time, more and more laws passed protecting dogs and owners began using collars to protect their beloved pets from maltreatment under these laws. The use of collars could also be attributed to the knowledge that peasants in certain parts of the country considered dog meat a viable food staple. There were also dog owners who worked to train their dogs to help with law breaking and other misdeeds.

The domestication of dogs and the use of collars steadily grew, and has been depicted in various paintings and literature pieces. It wasn't until the Middle Ages that dogs experienced a small setback in status and protection, when an English jurist named Sir William Blackstone gained a small following after he wrote that dogs had "no intrinsic value" because they were "creatures kept for whim and pleasure". 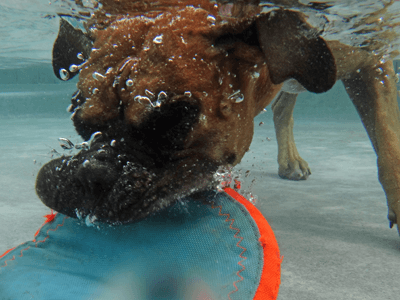 Fortunately for dogs, many people of the 19th century did not agree with Sir William Blackstone's theories about the ownership of dogs. Lawmakers began advocating for the rights of dogs by passing several anti-cruelty laws to protect dogs. The most notable anti-cruelty law was introduced in a New York proceeding during the year 1856, calling for the arrest of those who promoted or were otherwise involved or supported dog fighting.

Ten years later, this law would be amended to include the malicious killing of a dog that belonged to another owner. Dogs remained a legal focus even after that time as more laws were introduced to bear against dogs due to the misdeeds of their owners. From the Middle Ages until the 19th century, dogs were often tried and punished with their law-breaking owners and in England, France and Italy, dogs were recorded as being 'on trial'. In 1906, one dog was found guilty of murder when tried alongside his Swiss owners.

With legislation comes taxation for dogs and their owners as the first licensing laws emerged in several countries including Holland and Germany. Schweinfurt, Germany is on record as an enforcer of laws pertaining to the licensing and disposition of dogs as early as 1598, while Amsterdam, Holland, began collecting dog taxes and issuing dog collars to owners back in 1797, the proceeds benefiting charities such as orphans and widows. Most European countries followed suit, issuing dog collars to their owners and collected dog taxes during the 1800s.

The earliest types of dog collars were made using a piece of material, primarily leather, metal or fabric. Placed around the dog's neck for control, identification and taxation. It is believed that early collars displayed Royal markings or family crests to express ownership and importance, while commoners found other ways to mark their dog's collars to prove ownership.

Collars were certainly used to control these domesticated dogs and keep them home, safe from others who might be cruel or engage the animal in cruel deeds. Dog collars created a way for owners to lead their pets by allowing a 'handle' of sorts. Buckle collars emerged later, made of nylon or other strong materials, allowing the collar to become more comfortable and be worn more loosely.

Today, identification is attached to a domesticated dog's collar to protect the dog from becoming lost and display owner information. Loops are now an important part of a dog collar, allowing the owner to attach a leash to guide the dog's path. There are also specially treated dog collars that are used to repel fleas and ticks.

You may have seen those dog collars that look like a lamp shade on cartoons or comic strips. This is a dog collar from the Elizabethan era, used to prevent a dog or cat from scratching any head or neck wounds, or licking any infectious areas of the animal's body.

Another interesting collar is the stud collar, featuring sharp prongs and points. While many think these types of collars make their dogs look tough and prevent other animals from biting the neck, these are actually the perfect collar for those with mild dispositions or aging dogs that need protection from more aggressive canines.

The long and rich history of the domesticated dog has taken them from the wilderness straight into our hearts.  Where they reside permanently as a true member of our family.  So the next time you play some fetch, or go for a w-a-l-k, or just enjoy their unconditional love, pay homage to the history of both their ancestors and ours.  And of course the traditions of dog neckwear serving both form and function